Our founder, Dennis Gierhart, PhD, knew that zeaxanthin was an important ingredient for eye and brain health, but he had no idea the impact it could have on performance. Through clinical trials, he and his colleges proved that EyePromise nutraceuticals improve not only visual function like light sensitivity and glare recovery, but reaction time and processing speeds, too. Because of this, Dr. Gierhart decided to get involved in sports and partner with Major League Baseball's Arizona Fall League.

The Arizona Fall League is an off-season league owned and operated by the MLB. Teams select their best prospects or players who may have missed a significant amount of games because of an injury. These players utilize the extra games to sharpen skills and get field time before joining the majors. The league typically starts mid-September and lasts 6 weeks. It's an important stepping stone for many players, and 60-70% of participating players make it to the major league.

EyePromise has been a proud partner of the Arizona Fall League for the last 7 years. This partnership helps educate staff, players, and coaches about the impact nutrition can have on eye health and gameplay. Graham Erickson, OD, FAAO, works alongside us and is heavily involved with sports performance and eye health. Dr. Graham Erickson works as a researcher and professor at Pacific University College of Optometry, authored Sports Vision: Vision Care for the Enhancement of Sports Performance, and served as a consultant across professional sports. All players also get access to EyePromise vitamins, which are NSF Certified for Sport. Along with sponsoring the championship game, EyePromise presents the Batting Champion title, an award that goes to the player with the highest batting average during the season. EyePromise created this award to help raise funds and awareness for Optometry Giving Sight. Optometry Giving Sight is a charitable organization that works to bring eye care to underserved areas around the world, specifically for children. For every $5 donated, a child gets a pair of glasses and a new view on life.

Beyond baseball, EyePromise is utilized by players in professional football, hockey, esports, tennis, and golf. Even Olympic athletes have incorporated EyePromise vitamins into their training regimens to help improve their game. There are several studies looking at the impact nutrition can have on eye health and visual performance, specifically EyePromise nutraceuticals. 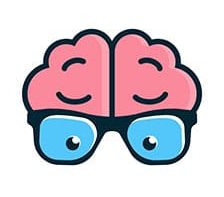 A University of Georgia study looked at how supplementing the antioxidants zeaxanthin and lutein (the foundational ingredients of EyePromise) would affect neural processing speed and efficiency. They studied supplementation in young, healthy individuals - those who tend to be at peak efficiency. Three groups were studied: EyePromise Zeaxanthin, EyePromise Vizual Edge Pro™, and placebo (the group not supplementing with anything). The Zeaxanthin and Vizual Edge Pro groups had significant improvements in neural processing speed and reaction time (10%) compared to the placebo. Ten percent doesn't sound too impressive, but for a baseball player, it could mean the difference between a foul ball and a home run.