Increased screen time has been proven to cause concern with physical wellbeing in both adults and children. While physical complications are an issue, perhaps the most worrisome effects take place in mental and social blockages. Far less easily proven or identified, many people may be suffering from the mental effects of screen time without even knowing it.

In our “Screen Time and the Body” post, we referenced a study of 4,500 children comparing the time they spend doing activities like sleeping, exercise, and screen time to suggested guidelines. While only 5% of participants met those guidelines, the ones who did had better overall cognition (memory, language, attention, etc.). This study only looked at children ages 8-11; the implications of screens when children are in the pivotal ages (3 years and under) could be more than ever imagined. 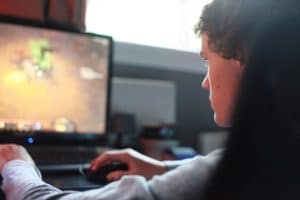 Young children need stimuli from the real world to develop critical cognitive skills. Several studies link cognitive delay with excessive screen time exposure. Some parents believe that the screens can help improve development, which can be true for fine motor skills. Too much screen time too soon, however, could be the very thing hindering the development these parents so badly want to see. Without the natural interaction of daily life, children lose the ability to focus, read and understand people’s reactions and communication cues, and ultimately, the ability to communicate successfully. Think of screens almost like a cognitive crutch: instead of having to use their imagination to picture a story, a digital device shows pictures, words, and sounds all at once, leaving little work for children’s minds to perform. Without having to make the connections on their own, their brains get “weak,” resulting in a lazy brain incapable of completing simple cognitive tasks. More research is needed to truly understand the relationship between cognition and screen time, but there’s no doubt that there is a connection.

Behavior is another mental aspect that can be affected by screen time. Recent studies have linked increased device use to attention disorders, outburst, and other behavioral issues. Some researchers have even gone as far as linking excessive media consumption to violent or aggressive behavior. Some experts have coined the term electronic screen syndrome (ESS) to explain the behavioral problems that can arise from excessive screen time, including: Devices give children instant gratification, which can contribute to not only attention issues, but impatience and ill-mannered tendencies like losing interest quickly in a conversation or becoming frustrated when things take longer than a few seconds. Some research reports that using digital media can double the risk of developing attention issues. Beyond the instant gratification, it’s often normal for children to use multiple devices at once, creating an even more distracting and stimulating environment. This has the brain trained to multitask, which can cause issues for children when they're forced to focus on one thing at a time, especially if that subject is less than interesting.

Socialization has been a necessary skill to have to fulfill the natural drive to belong, but digital devices and social media have reduced the need for face-to-face interaction. Before, children who struggled with social interaction were forced to practice the skills necessary for communication. Children today are in a vicious cycle: social awkwardness, retreating to screens, not learning/losing communication skills, continued social awkwardness. This kind of human interaction is pivotal in the early stages of life. The frontal lobe houses our ability to empathize, read body language, and understand facial expressions and cues and develops the most in children ages 3 and younger. When human interaction is replaced by screens, that development of reading subtle hints and understanding a social situation is stunted, and these effects are possibly permanent. 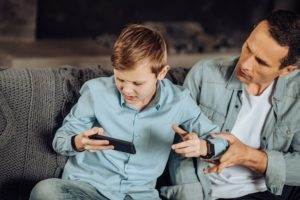 When people use devices, the brain releases dopamine, a neurochemical that makes us feel happy and is the “reinforcement” factor of addiction. The brain reacts similarly to drugs. The instant gratification experienced with screens creates an unrealistic expectation of the world, especially for children and teens who may not be emotionally equipped to understand the difference. For Dr. Nicholas Kardaras, author of Glow Kids: How Screen Addiction Is Hijacking Our Kids, the evidence is obvious.

“We have, as a society, gone all-in on tech. So, we don't want some buzz-killing truth sayers telling us that the emperor has no clothes and that the devices that we've all so fallen in love with can be a problem."

Children who spend more time with screens may have behavioral, cognitive, and social issues, but another concern is mental health. Teens spending 7+ hours a day on screens were twice as likely to have been diagnosed with depression or anxiety. One study surveyed 8th, 10th, and 12th graders every year from 1991 to 2016 measuring signs of wellbeing like self-esteem, life satisfaction, and overall happiness. The surveys revealed a drop in wellbeing after 2012, which is around the time digital devices and social media popularity skyrocketed, as well as a direct correlation between device use and unhappiness. [caption id="attachment_1387544" align="aligncenter" width="500"] 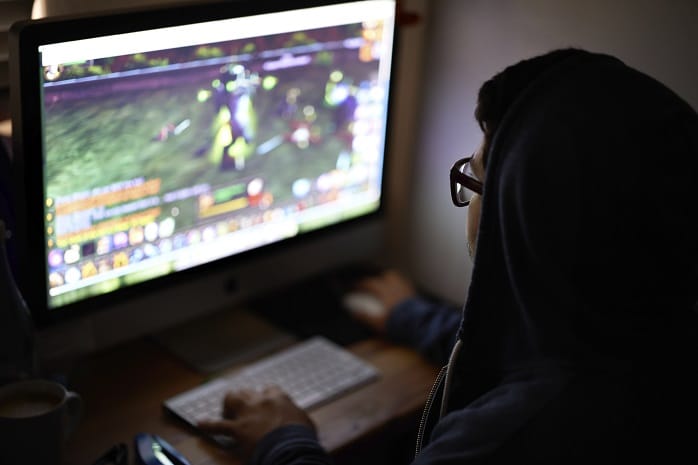 Children who were heavily involved in online gaming reported the lowest levels of happiness.[/caption] This emerging information raises alarms and begs for someone to take action. Eye care professionals have a unique opportunity as a healthcare provider who possibly sees both the children and the parents. Regardless of whether screen time is directly responsible for any of these results, a conversation needs to be had and the issues addressed.