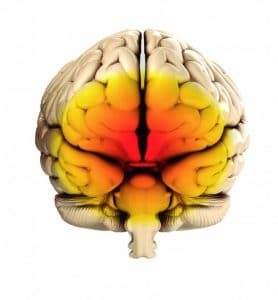 What could this mean for an athlete? 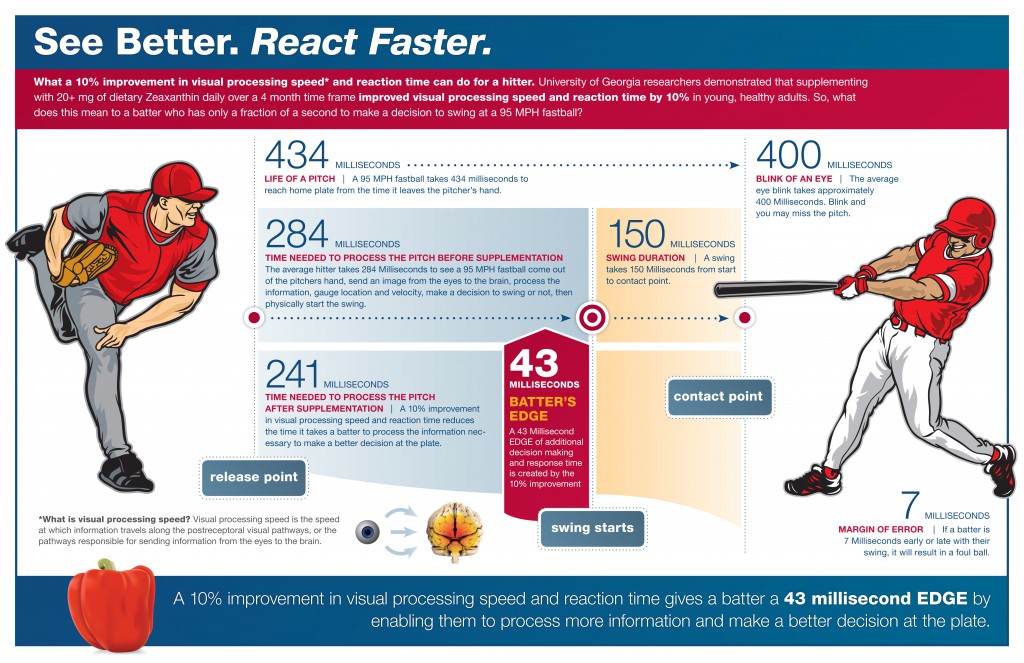 In a study published Sept. 24, 2014 in the scientific journal PLOS ONE, researchers from the University of Georgia (UGA) Vision Sciences laboratory reveal for the first time scientific evidence that the speed the brain processes information can be increased in young, healthy adults through the use of supplements featuring high amounts of the nutrient dietary zeaxanthin (20mg and above). The findings present meaningful implications for athletes as increasing the speed at which the eyes and brain communicate translates to giving players critical extra milliseconds to process visual information and react faster on the field.

STUDY TITLE: A Double-Blind, Placebo-Controlled Study on the Effects of Lutein and Zeaxanthin on Neural Processing Speed and Efficiency.

• Temporal Contrast Sensitivity Function – measures a person’s ability to see and track fine detail and process that information clearly.
• Critical Flicker Fusion Threshold – relates to the speed and accuracy of interactions between the eye and the brain.
• Visual Motor Reaction Time – refers to the amount of time that elapses between the initiation of a visual stimulus, the processing of that information by the eyes and the brain and the completion of a motor response to that stimulus.
• Macular Pigment Optimal Density (MPOD) – a measurable bio-marker for the concentration of the carotenoids zeaxanthin and lutein in the retina.

SCOPE OF WORK: The purpose of the study was to test the hypothesis that improving MPOD (the concentration of zeaxanthin and lutein in the retina) via EyePromise Zeaxanthin (20 mg) or mixed carotenoid (EyePromise Vizual Edge PRO) supplementation can improve visual processing speed in young, healthy adults.

• A 14% improvement in Temporal Contrast Sensitivity Function translates to a person being able to see fine detail against a background and track its movement 14% more efficiently. P= <0.005
• A 12% improvement in Critical Flicker Fusion Threshold means that the brain is able to identify something 12% faster and make a better judgment on trajectory, speed and direction of a moving stimulus. P= <0.005
• A 10% improvement in Visual Motor Reaction Time equals the ability to physically react to a fast moving object 10% faster than before. P= <0.005
• A 20% increase in Macular Pigment Optimal Density (MPOD) over four months means participants who were already young and healthy were able to significantly optimize their visual performance through EyePromise dietary zeaxanthin supplementation. P= <0.005